Best Things To Do In Scranton PA 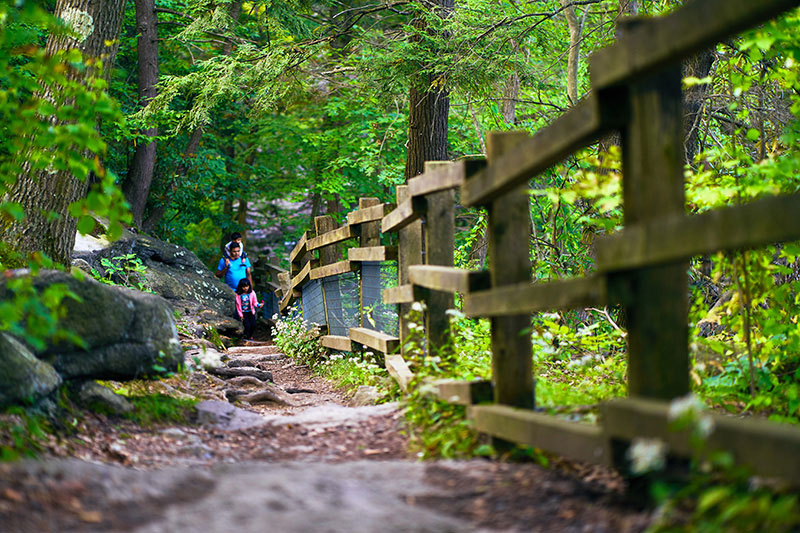 Scranton is a small city with a lot of history. It was once the epicentre of Pennsylvania’s anthracite coal mining industry, attracting immigrants from all over Europe.

Scranton, PA now provides visitors with the opportunity to learn about history through its many museums and historic homes. Certain attractions may be temporarily closed or require reservations in advance. Currently, some restaurants only offer pickup.

Scranton may be known as a former coal town or the setting for the television show “The Office,” but if that’s all you know about this wonderful city, you’re missing out. Scranton, Pennsylvania has a lot to offer. There’s a lot to see and do in Scranton and the rest of Lackawanna County, from museums that celebrate the city’s industrial and transportation past to beautiful natural sites.

Things To Do In Scranton PA 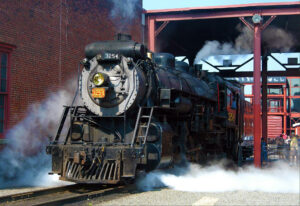 Steamtown National Historic Site is one of the best places in Pennsylvania to visit if you enjoy trains. This museum, which is housed on the site of a train yard previously owned by the Delaware, Lackawant any, and Western Railroad, exhibits the history of rail transportation in the United States, with a focus on steam engines.

Hundreds of unique train cars, including the only Big Boy steam engine east of the Mississippi, are on display at this free museum. Seasonal train rides are also available for an extra fee. 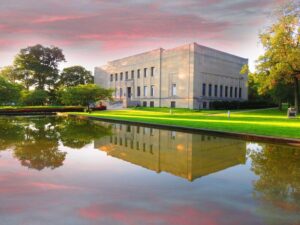 The oldest and one of the best museums in northeastern Pennsylvania. The Everhart Museum is located within Nay Aug Park and provides visitors with the opportunity to learn about world cultures, natural beauty, and fantastic art without leaving the city.

The museum houses the largest collection of paintings by local artist John Willard Raught, as well as dinosaur fossils and a collection of 2,500 taxidermied birds.

The museum now houses exhibits on art, science, and natural history. Special hands-on education events for K-12 students, as well as summer camps and adult education classes, are available at the museum.

The museum hosts the annual Farm to Table meal in September, which features locally grown, fresh ingredients. The Everhart Museum is open daily except Wednesdays, from February to December, and is closed for maintenance in January. 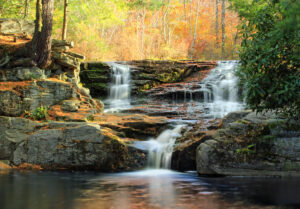 Choke Creek Falls is located in Lackawanna County’s southernmost corner. This beautiful waterfall, located in Pinchot State Forest along the recently rerouted Pinchot Trail, is little-known outside of the local area but should be on every outdoor lover’s list. 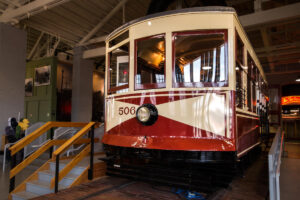 Scranton became known as “The Electric City” in the late 1880s as a result of its passenger trolley line, the first in Pennsylvania. Today, the Electric City Trolley Museum seeks to preserve the city’s rail line’s history.

Model trolleys and railways, headlights, railway lights, mine train equipment, a restored trolley car, and an interactive trolley exhibit for children are among the exhibits. The museum also has a working trolley car that runs along a route that begins at the museum and ends at several historical sites. Except for major holidays, the museum is open seven days a week. 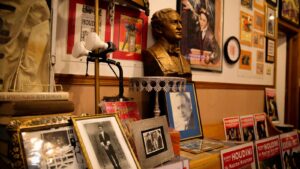 While Scranton may appear to be an unusual location for a museum dedicated to magician and escape artist Harry Houdini, this is unquestionably one of the best things to do in Lackawanna County.

Dorthy Dietrich and Dick Brookz, world-renowned magicians, run the Houdini Museum. Dietrich was dubbed the “First Lady of Magic” and is the only female magician to have ever performed several daring feats of magic.

Visitors to the museum can see a fantastic magic show as well as many artefacts from Houdini’s illustrious career. 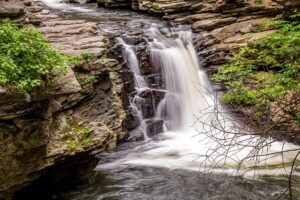 Nay Aug Falls, located in Scranton’s Nay Aug Park, is one of Pennsylvania’s best urban waterfalls. Visitors can reach several different overlooks for this beautiful waterfall via short paths that wind through this wooded park.

Nay Aug Falls, which drops over 20 feet through an impressive gorge, is a great hike to do while in Scranton.

Best Waterfalls You Can Visit 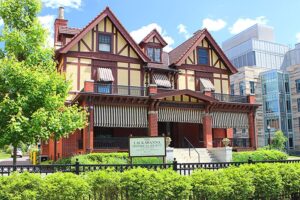 Catlin House, a Tudor-style mansion built in 1912, was originally the home of George H. Catlin, an early Scranton businessman. The house has 16 rooms that have been meticulously preserved and furnished with period-appropriate décor and antiques.

The home features beautiful wood panelling, a wooden staircase, and stained glass windows, to name a few features. On certain days, guided tours of the Catlin House are available. The Lackawant to Historical Society’s headquarters are also housed in the mansion, which includes a research library and a lecture hall. 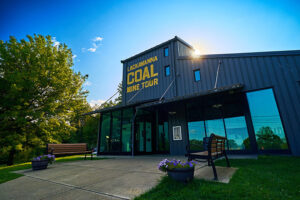 The Lackawant to Coal Mine Tour takes you deep inside a real coal mine. This tour, which is one of the best things to do in Scranton, PA, allows guests to see inside a former coal mine and learn about life and working conditions for coal miners in northeastern Pennsylvania.

For decades, coal mining has been a vital aspect of Pennsylvania’s economy. Visitors visiting Lackawanna County can see what it’s like to work underground by taking a tour of the Lackawant to County Coal Mine, where they descend 300 feet beneath by elevator and stroll past three coal veins.

The history of coal mining, as well as the equipment and mining processes utilised over the years, are all explained by tour guides. The coal mine tour is available daily, excluding major holidays, from April 1st to November 30th. The tour will last about one hour. It is suggested that you wear walking shoes and a jacket. 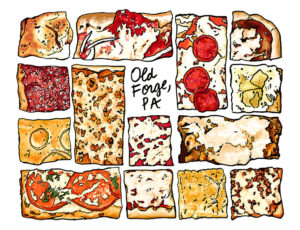 The self-proclaimed “Pizza Capital of the World,” Old Forge, PA, is the ideal location for a pizza crawl. Visitors won’t have trouble obtaining a slice or a complete pie (respectively called a “cut” and a “tray” in Old Forge) thanks to the town’s more than a dozen pizza businesses, each providing the local style known as Old Forge Pizza. 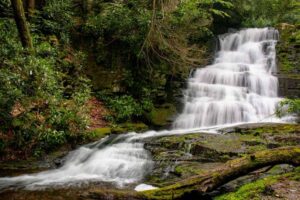 Rattlesnake Falls is another of Lackawanna County’s hidden waterfalls. Visitors can reach this waterfall, which is located in Pinchot State Woodland near Nesbitt Reservoir, following a 15-minute stroll through this magnificent forest.

Rattlesnake Falls contains two waterfalls, the largest of which is a 15-foot drop into a narrow abyss. 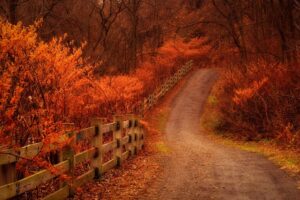 The Lackawanna River Heritage Trail offers miles of lovely wooded beauty. The trail is 70 miles long and is divided into sections of varying lengths. It runs through both rural and urban areas. There are numerous sites of interest along the trail and in the towns it passes through.

The trail is paved for the most part, making it ideal for walking, running, or cycling. Throughout the year, many area groups host special activities such as runs and walks, group bicycle rides, races, and trail clean-up days. The Heritage Trail connects to the Delaware & Hudson Rail Trail at its northern end. 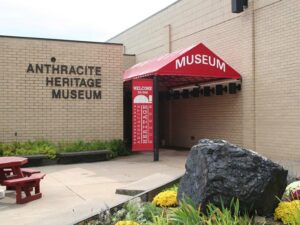 Many immigrants arrived to Pennsylvania in the 1800s hoping to start a new life in the anthracite coal mining business. The Anthracite Heritage Museum is dedicated to telling the stories of these immigrants, their families, their labour, and their customs.

A reproduction of a typical coal miner’s home, a replica bar, and several images of employees and their families are among the museum’s exhibits. A adjacent display with four big iron furnaces is also available. The iron produced by the Lackawant to Iron and Steel Company was smelted in these gigantic stone constructions. The museum is open from Wednesday through Sunday, except for significant holidays.

Visitors to this fascinating museum can learn about the area’s history as well as what life was like for mine workers. There is also the opportunity to learn about the region’s culture and how the coal mines influenced immigration and daily life in the Scranton area. 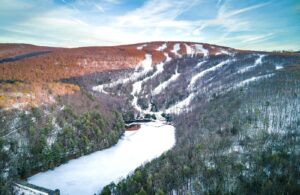 Montage Mountain is the place to be in northern Pennsylvania for outdoor family activities. Montage Mountain offers skiing, snowboarding, and snow tubing throughout the winter.

Ski lessons are available for both youngsters and adults. The park has zipline rides and a large water park with slides, a floating canal, a massive wave pool, and poolside cabanas in the summer. Guests can stop by the concession stand for a quick bite to eat or remain for a longer dinner at the Slocum Hollow Bar & Restaurant. Park hours change depending on the season and are available on the park’s website.

• Nay Aug Park : Things To Do In Scranton PA 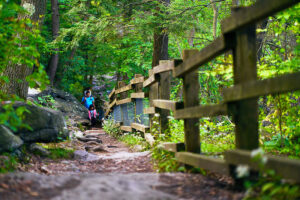 Within the city of Scranton, Nay Aug Park is a haven for nature lovers. Navy Aug is the city’s largest park, with nicely groomed walking routes and picnic spots, as well as two children’s playgrounds. The routes pass by rocky gorges, streams, and waterfalls, among other things.

Guests can cool down in the park’s two Olympic-sized pools and huge water slides during the summer. Children will like the park’s huge treehouse, which features 150-foot-long walkways. 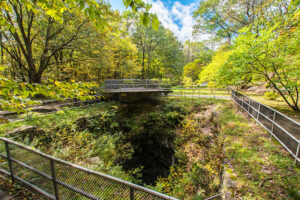 Archbald Pothole State Park is one of Pennsylvania’s smallest state parks, yet it is home to one of the state’s most fascinating natural wonders. While it may appear to be nothing more than a gigantic hole in the ground, this is the world’s largest glacial pothole.

• PNC Field : Things To Do In Scranton PA The Scranton/Wilkes-Barre RailRiders, a AAA affiliate of the New York Yankees, play at PNC Field in downtown Scranton. Visitors to this fantastic ballpark have the opportunity to see some of the best baseball prospects before they make their way to the Major Leagues.

Visitors can see the stars of tomorrow and some great baseball at a fantastic price because the Rail Riders are just one step below the New York Yankees. 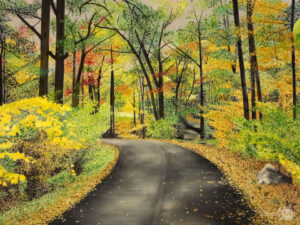 Source Things To Do In Scranton PA

Lake Scranton is a 16,000-acre reservoir that provides water to Scranton. The 3.5-mile Lake Scranton Walking Path surrounds the lake. The path is totally paved, making for a pleasant stroll or run with stunning views of the lake and East Mountain close. The trail does not accept pets, bicycles, or motor vehicles.

So this was our list of the Best Things To Do In Scranton PA, hope you guys enjoyed reading.